Franchisee In Action: Tyler Dutton – From Member of the Marine Corps to My Greater Ambition 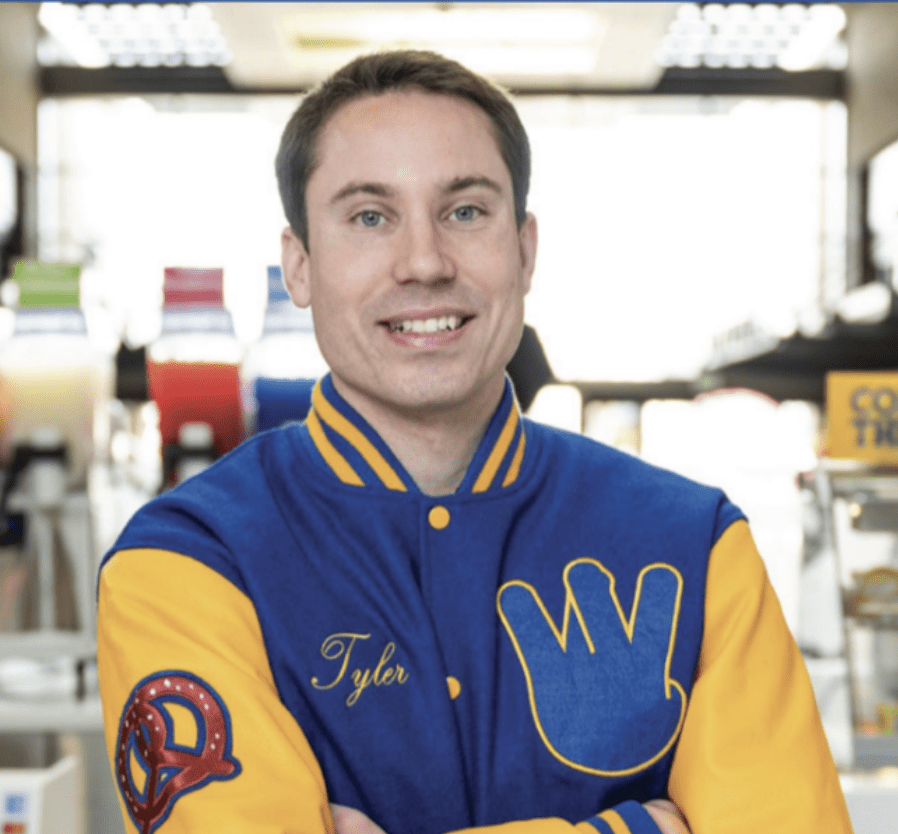 In 2010, my path drew me to enlisting in the Marine Corps and I packed my bags for Washington D.C. My time in the Marine Corps allowed me to fulfill dreams of travelling all over the world while honoring our country, and I ultimately reenlisted for an additional four years to serve in a scout sniper platoon. Through my service, I was promoted to platoon Sergeant, giving me the responsibility of overseeing the training and operations of 40 marines.

My time as a member of the Marine Corps taught me essential skills such as discipline, how to effectively delegate a team and created a certain drive unique to the military, and these skills have further progressed my career as an entrepreneur. The military helped me find a distinctive, strong sense of purpose that is reflected in everything I do, providing a guideline for my future. I credit everything I have today to the lessons I learned in the Marine Corps and was able to seamlessly transition them into the intricate and lucrative world of business management.

When returned from my service in 2018, my first priority was to figure out my education. I knew I wanted to pursue higher education, but needed the financial means to do so. While I didn’t intend on rejoining Wetzel’s right away, an assistant management position opened up at Riverside and I seized the opportunity to reach new heights in my career.

This rekindled my love for the Wetzel’s brand and solidified my ambition to work towards owning a location myself. At the same time, I enrolled in community college to learn more about the ins-and-outs of business management from an educational perspective, rounding out the skills I would need to be an effective entrepreneur.

After four months, I transferred to a corporate location in Ontario Mills, California, seeing the massive market potential there and the ability to stand out and grow quickly within the company. Four months later I was promoted to General Manager after elevating the store’s performance and driving sales, ultimately leading to the store being the highest traffic location with the exception of Disneyland. While managing this location, I began to explore ownership options to attain the goal I’d set as a teenager and transferred to the University of Southern California, and I accredit this transfer as a big part of where I am today.

In 2019, I became the General Manager for three corporate locations including Ontario Mills and built-up strong relationships with the Wetzel’s corporate team through leadership and initiative. Across the three locations, we were able to significantly increase sales volume and overall efficiency to better serve the market. Behind the success was the experience I gained leading a team of 40 in the Marine Corps, giving us the ability to expand our staff to over 50 talented individuals as the traffic at these locations increased.

Fast forward to 2021, an opportunity to acquire a store at Alderwood Mall in Washington arose and it was the perfect time to make my dream into a reality in a market with untapped potential. Between expanding my skills through managing the corporate stores and my military background, I knew I was well prepared for ownership and made the decision to take over in March of 2022. The state of Washington has huge retail growth potential with many individuals and families relocating there, and I have my sights set on a second store in the near future.

A significant influence in taking the leap into franchising was Wetzel’s program for veterans and first responders. It was such an honor to serve my country, but the transition back home was certainly challenging to navigate at first. I knew I wanted to own a Wetzel’s, so when I learned about its VetFran initiative that really sealed the deal. Their dedication to service members and understanding that military skills are highly transferrable to business ownership meant that I could feel confident in their franchisee support. The lower initial franchising cost also provided a massive benefit, allowing me to get my feet back on the ground much quicker and solidifying the knowledge that Wetzel’s was a brand I wanted to be a part of.

While I credit the Marine Corps for so much of who I am today, I invested in Wetzel’s due to their ease of operations, ongoing corporate support for franchisees, and the world of opportunity the brand offers. I’ve seen them progress immensely throughout the years, always growing to further support franchisees in generating new revenue streams and strengthening their skills. These ongoing developments create a brand that will withstand the test of time, which is the ultimate challenge for all retail concepts.

Looking ahead, I cannot wait to continue expanding both my corporate and franchisee roles within Wetzel’s alongside such a hands-on, passionate team. Their guidance and family-oriented approach that celebrates franchisees’ successes motivates me to instill the same drive in the employees I manage. My mission is to be an approachable leader like those who inspired me to become an entrepreneur myself, hopefully empowering them to grow as I have. Wetzel’s felt like home to me when I returned from my service, and that still rings true to this day. It’s such a privilege to be a part of.

Grab your piece of the pretzel.

We’re glad you’re interested in putting success right at your fingertips. Start by completing the form and our development team will contact you.

*Positive sales growth every year excluding Mar-Aug 2020 due to temporary closures of locations. As stated in Item 19 of the FDD. See 2022 FDD for additional details.